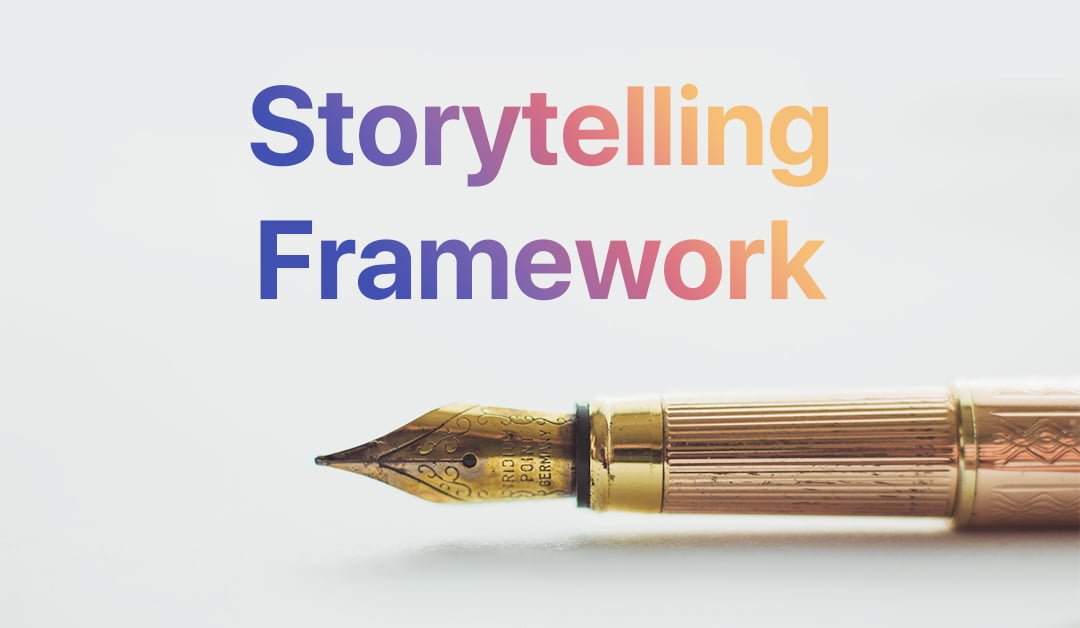 The ‘Storytelling Framework‘ is a foundation I developed through analysis of many films, screenwriting books, and storytelling courses. I’ve been utilising this framework for many years in my projects, and it’s constantly evolving and being enhanced through student’s feedback and result.

Here are some feedbacks I’ve received from my final-year animation student after utilising this framework in their project.

Everyone has a great story to tell, but they only sound good in your head until you try to tell them to an audience. Students often had trouble structuring their stories because they don’t have a proper framework. The storytelling framework is like the foundation blueprint for building a house. To build a functional house, the architect must ensure that each doorframe and pillar is accurately measured and positioned

Here are some real student examples of stories without a proper story structure.

Story 1: John fell in love with Mary. John wants to impress Mary, so he tries different many ways to impress her. At the end, it turns out Mary is gay (as a plot twist).

Story 2: Bobby loves drawing, but his parents wanted him to pursue a business degree. Bobby enrolled in and completed business school. He works as an accountant but he had had enough and decided to pick up drawing once more.

Both stories are simple and straightforward, and there’s nothing wrong with that. In fact, both stories are very common in many great movies. The problem is that the current form of the story is too linear and has no depth (no ups and downs), which makes it extremely difficult for your audience to become invested in the story.

Story 1
Who is John? What does he do?

Why does John want to be with Mary so desperately?

What sacrifices does John have to make to gain Mary’s attention?

What happens if John fails?

There are lots of things we don’t know about the character. So how should this story be structured? The good news is that it’s not as difficult as you imagined. But do keep in mind that this is not an attempt to write a unique story. We’re just trying to get a simple story to work.

All you have to do is fill in the blanks with these 10 elements.

The 10 Elements of Storytelling Framework

Who is the main character (protagonist)? Describe the character’s personality, characteristics, weaknesses, or occupation. For example;

Every character must have an ultimate goal. Without it, the story will have no defined direction. An ultimate goal should be the main goal of the character that has to be established in Act 1, and achieved at the end of the story. For example;

If you can’t figure out what is the true ultimate goal of your character, you can use the 5 Whys? strategy to drill down your idea.

Here’s an example. What is John Wick’s ultimate goal in the first movie? Many would say ‘to avenge his dog’. Let’s use the 5 Whys? to drill it down. All you have to do is ask Why four to five times until you get a clearer picture of what the character really wants.

At the end of this drill-down, we learn that John Wick’s ultimate goal is not just to avenge his dog, but to stay retired and grieve.

What are the problems faced by the protagonist that prevent them from achieving their ultimate goal? For example;

In addition to the problems, the character is flawed and has weaknesses that prevent them from resolving the problems on their own.
Therefore, we must establish our character’s flaws in Act 1, because flaws tell the story. Without flaws, our character wouldn’t have these problems in the first place.

Recap: In Act 1, we must introduce the;

A Trigger event is an inciting event that kickstarts the character’s journey in Act 2.

In movies, the Trigger usually happens around 25 to 30-minute of the film. If you introduce your trigger event too late in your story, your audience will start dozing off. Act 2 should start shortly after the Trigger event.

After the Trigger event, the character will start a journey in Act 2, solving problems thrown at them that eventually lead them to their ultimate goal. Problem-Solution-Problem-Solution.

Note: Act 2 is divided into two sections. In the first half, the character will be exploring, learning new things, and solving problems.

Throughout the journey, problems must get more and more difficult. Just like playing video games, each level has to be more challenging than the previous one, or else Act 2 will be a boring horizontal line.

The Terminal is a fantastic example of a movie with problems that only get worse with time. I highly suggest you watch the movie to get a better understanding of this concept.

This movie is about an Eastern European tourist (Character), who arrives at JFK in New York, and war breaks out in his country (Trigger) and he finds himself caught up in international politics. Because of the war, the Department of Homeland Security won’t let him enter or exit the United States. He’s trapped in the airport. (Problem)

Example 1 – The Terminal
The main character has to survive inside the airport.
Problem 1: He first needs to solve his hunger problem. So, he earns quarters by returning luggage carts to buy hamburgers from Burger King.
Problem 2: Security removed the reward system. He needs to find new ways to earn money.
Problem 3: He can’t speak English, which makes it hard for him to communicate with the people there. He learns English at night and got a job as a contractor inside the airport.
And the problems go on and on, each time getting more and more difficult.

Throughout the Journey, problems will become more and more difficult to a point that the character wouldn’t be able to solve them anymore. This is commonly the result of the character’s flaw and weakness (e.g., Stubbornness, selfishness, phobia, unwillingness.) This will then lead to the next part, the Downfall.

“The higher you climb, the harder you fall.”

This proverb sums up this section pretty well. The Downfall occurs in the second half of Act 2, before transitioning to Act 3.

The Downfall is usually triggered by a few factors. Inexperience, cockiness, stubbornness, and overconfidence of the character.

In many superhero films, for instance, once the character obtains superpowers, they are able to solve every problem with ease and become overconfident. They believed they were unstoppable, but due to their own weaknesses, they would eventually be defeated and lose everything, E.g., Family, love, trust, power, dignity or money.

Marlin arrived a the dentist’s office and found out Nemo is dead. So he gave up hope and return home. He lost his son and a dear friend, Dory.

Peter Parker’s overconfidence during his battle with the Vulture resulted in a public tragedy. As a result, Tony Stark confiscated Peter’s Spider-Man suit. At that moment, Peter said, “I’m nothing without this suit.” This shows that he still doesn’t have what it takes to earn Tony’s respect and trust.

At The Downfall, the character has to do something to climb back up; otherwise, there will be bad consequences caused by the problem that dragged them down to their lowest arc. This creates an even higher stake if they don’t succeed.

So the main question here is, what are the ultimate bad consequences that will happen if the character fails?

It is important to have stakes established, or else the story arc will just die down. Having multiple bad consequences if the character fails is a great way to increase the stakes in the story.

In the Downfall, the character will be at their lowest point in the story, and remember, the stakes are very high. If they don’t climb back up, they will have to face many bad consequences. Therefore, they have to transform into someone better than themselves. The character will learn from their biggest mistakes, acknowledge their weaknesses, overcome their phobia, accept the fact that they are wrong, etc.

This will be the final event in your story.

After the transformation, the character will face the final battle as a stronger version of themselves. They will solve the main problem at which they previously failed and reclaim themselves.

After the Climax, the character will achieve MORE than their Ultimate Goal.

Throughout the entire Journey, our character will meet new people, gain new responsibilities, and have many new mini-goals. If the character succeeds at the end of the story, he will achieve most (if not all) of the goals, including the original Ultimate Goal. If they fail, they will lose everything.

For example, in many action movies, the main character will fall in love with another character in the first half of Act 2, and a new mini goal will be established.

In Finding Nemo, we got a happy ending where Marlin got reunited with Nemo, and successfully rescued Dory. Imagine what would happen if he didn’t trust Nemo. He will risk losing both his son and a dear friend.

This concludes the Storytelling Framework! If you are currently working on a story, try breaking it down into these ten elements. You will be able to structure your story more effectively with this framework, making it less linear and more engaging.

Next, you would want to shorten your story into a brief summary (one or two sentences, a.k.a. a logline.

With this framework, you can easily create a logline for your story by piecing together some of the elements. Check out this post to learn how to write a logline that can easily hook your audience in less than 5 minutes.